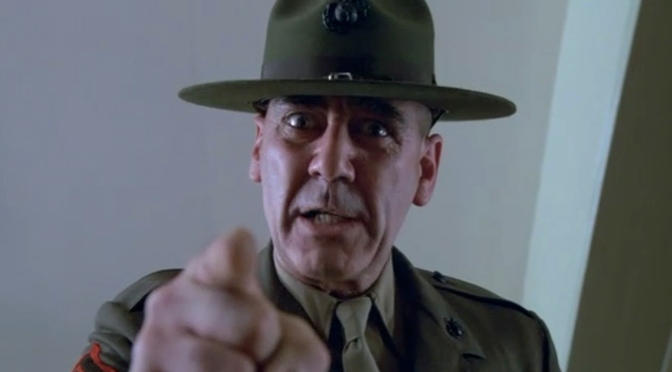 THIS month marks the 18th anniversary of the death of visionary filmmaker Stanley Kubrick.

To mark the occasion Picturehouse Central in London put on a screening of Kubrick’s Vietnam War movie Full Metal Jacket (1987). It also invited the film’s producer Jan Harlan for an audience Q&A.

There is arguably no greater authority on all things Kubrick than his brother-in-law Harlan, who also worked as the director’s right-hand man on Barry Lyndon (1975), The Shining (1980) and Eyes Wide Shut (1999).

The energetic and charming 79-year-old still actively promotes the Kubrick legacy, including a touring exhibition (currently in Mexico City) and two documentaries (Stanley Kubrick: A Life in Picture and O Lucky Malcolm!).

Harlan spoke for close to an hour after the screening, imparting his cinematic wisdom on those in attendance. His opening comment would have come as no surprise to those with even the slightest knowledge of Kubrick’s approach to filmmaking.

He said: ‘Every time I see Full Metal Jacket, it reminds me of the enormous detail that went into every single second.’

It is this meticulous methodology and depth of storytelling that makes Full Metal Jacket – like so many of Kubrick’s film – endlessly re-watchable.

Certainly, seeing the Full Metal Jacket on the big-screen added another layer of intensity to the film’s opening section which follows a group of young in-training Marines as they suffer a ‘symphony of abuse’ (Harlan’s words) from Drill Sergeant Hartman (R. Lee Ermey).

As Harlan explained, Ermey’s iconic performance in the film was owed to a stroke of luck – and some creatively foul language.

Ermey, a former Drill Sergeant who was working as a body guard at the time, was brought in as  a technical adviser and tasked with preparing the extras to portray Marines.

During an intense boot camp for the extras and actors, Kubrick was alerted to his technical adviser’s appalling use of language and came to the conclusion that his script was too ‘harmless’.

The director then decided to work some of Ermey’s phrases into the film before hiring him outright as an actor, a move that proved to be yet another Kubrick masterstroke.

Harlan went on to talk about his own role in the filmmaking process which was a far cry from the role creative producers play in most contemporary cinema.  As he put it, his focus was solely on ‘making deals’.

This included scouting out a location for the film that would appease a travel-shy Kubrick.  As lovers of the film may have noticed, the action in the second part of Full Metal Jacket takes place in concrete urban settings rather than the heavy Vietnamese jungles that are the focus in Platoon (1986), Deer Hunter (1978) and Apocalypse Now! (1979).

Harlan elaborated: He (Kubrick) wanted to make this film in England because he was not concerned with [using] a genuine location. We were very lucky to find this ex-gas works in Beckton, East London.

‘We could do whatever we wanted because it was derelict and had not been used since World War One. We could topple the buildings and make it into a ruined city.

‘Advertising, posters and Vietnamese writing sort of camouflaged it. If you really pay attention you can see London in the background!’ 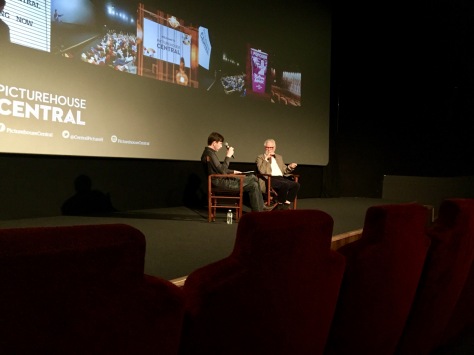 Harlan’s amusing stories about his resourcefulness on Full Metal Jacket did not end there. The producer explained how he managed to negotiate two tanks from the Belgian army – for free – to use on the film.

Just when Harlan thought for he was in the clear, officials at the Dartford Tunnel denied the tanks entry on the basis they were still considered ‘active weapons’.

After 24 hours of persuasion – utilising that aforementioned charm – Harlan got the tanks onto the set allowing Kubrick to cleverly litter them throughout the film as if there were twenty rather than two.

Kubrick was a genius. That is common knowledge. But most geniuses only reach the stature that Kubrick has achieved because of brilliant right-hand men – or women – like Harlan. A legend in his own right.

Independent journalism on the things we love – money, film and the arts